Everyone knows how much I love my ragdolls (Mango and Pancakes) I mean they’re pretty adorable right? Don’t get me wrong I love dogs too and I spend time with my sister’s dogs when I visit her. I’ve already introduced Buster her ‘Jackshit’ (Jack Russell-Shih tzu) but not sure if you’ve met her English Springer Spaniel who’s as mad as anything!

It all started with just one wee pup (like most stories!) Reggie joined the humans family as a puppy 7 years ago followed by Toby who was in need of a loving home. The human thought two was enough until he met a brown sprocket, fell in love with the colour and breed and thought ‘ach, won’t hurt to have another one?’.

He probably convinced himself that was enough but when Miss Molly Moo was looking for a permanent home after being in foster care the human couldn’t resist! (Wanna know a secret? He’s thinking Rocket Ronnie will make a great dad so will probably end up with more!)

The Human has started a facebook page about his life with his 4 pooches and it’s honestly so funny and makes you a bit jealous – they have the best life! The human posts stories about what they’ve been up to and also posts games! Yes, you read that right, he’s started a new trend on social media – spot the spaniel!

And it’s quite hard sometimes! Here’s a sneak peek: The human has his 4 pooches as pets but takes them everywhere with him (as you can see from their FB posts), they certainly get around! For daily dog updates and entertainment follow him on Facebook. 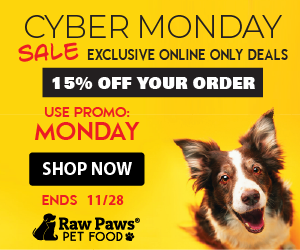